Twetch posted something cringe on the official account today: 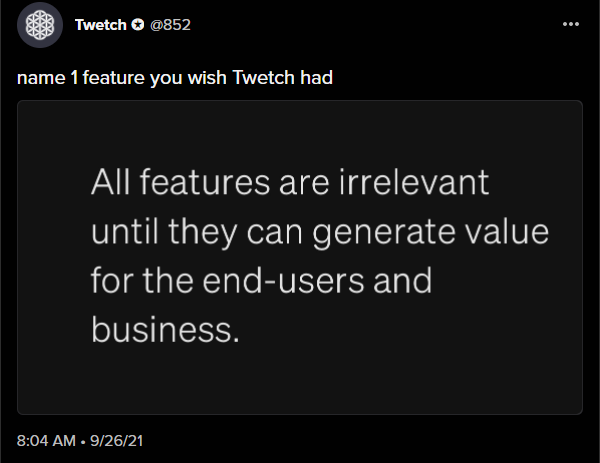 Asking your users what kind of features they want is fine, and is good for getting a market feel. But questions like this seem totally disingenuous when the platform has a marketplace where they’ve over-raised funds for supposedly implementing the top-requested features. 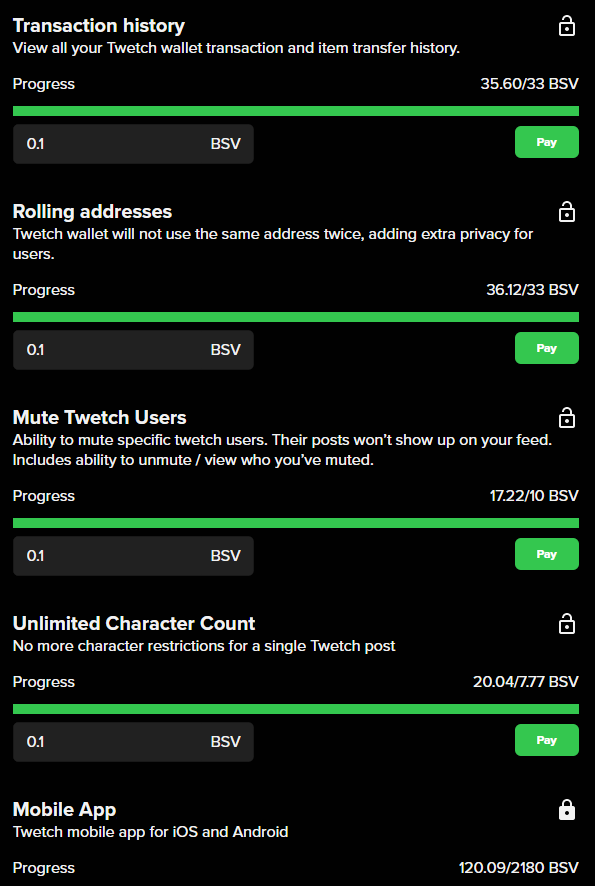 It would have been much better for Twetch to offer this with the work already completed. That way, after the fundraising reached its goal, the feature would unlock. Instead, collecting money like this and CONTINUING to collect money after the goal has been reached with no communication or roadmap for these features feels like a scummy money grab scam. This wouldn’t fly on more reputable crowd-funding websites like Indiegogo. The point of these ventures is to be better than the legacy institutions.

Any guesses as to which of those features they’ll roll out first?