yep, two weeks and day just zipped by like that, done, two weeks of the month in the can, that’s gonna be september done and dusted. i feel like we are all part of the interstellar plot and we are just waiting to be yeeted over the edge of the perihelion is a infinite journey of colour, nft galleries and forever gas prices.

solana took a shit today for a few hours, in the world of blockchains and realtime dapps talking in a decentralized way, that does not bode well. i mean sure, chains have forks, hard forks and upgrades but this seemed more force, manipulated, ddos style vibes to it — i guess that’s what BTC has over the rest at the moment, such massive resilience to attack power and just the sheer scale of it’s adoption.

regardless if others have the better tech, bigger blocks, better origin story, faster servers, sub millisecond speeds, in this day an age, it’s about mass manipulation of the media and the message can move and change markets.

just take that LTC fake news about walmart using lite coin, pushed it up to what like $225 or something in a matter of minutes, wonder if anyone had a stop-loss order for that, guess it’s quite low to where it’s been. i’m sure “someone” made on it.

meerkat wednesdays are the ones where i can look forward and back at the week and course correct, so far, i’ve not done what i wanted to get done for the last few days, so maybe we hope and we pray to the digital time giving gods that we can actually progress a little today, trim the fat around the edges, dollar average in on the old laptop time club.

i’ve still got a bit of a bee in my bonnet about the notion of toxic positivity, like it’s unrealistic to not want to share your negatives. who the f wants to read about negative stuff, it’s only gonna get used as an attack vector against you anyway. best to keep that side of your life away from the web i’ve found — but the notice that you can’t be overly positive, to lean into it because it gives you a level of hopium, well that’s just dumb. i say go all in on the positivity.

i wanted to write this evening (14th) a little bit so i wasn’t coming in completely blank document syndrome tomorrow morning. i normally have a lovely block of time when i get chance to properly sit down and write with coffee.

words normally flow then, i get a lot of my mind and i reframe for the rest of the day — i think there is a major part of protection method about it, saving the mental cycles, restarting the running processes, clearing the physical brain cache.

kinda sad last night and this morning to see people talking shit about SOL, i thought we were all in this together wanting to bring crypto and digital currency, decentralisation in, people really showed their true colours slating it. sure, a platform that decentralised should never go down but building blockchain tech is hard — this ethos that one has to fail for another succeed is the same shit that centralised does. I thought we were better than that?

The notion that we have to have one crypto to rule them all is a bad idea, of course, we all can see that a lot of these chains and tokens are pure speculation and they don’t have the technology ready, if ever, but to slate and bring down another in such a matter, it’s just toxic af.

we want the space to succeed and sure, we are gonna lose a lot in the fight on the way but this self serving idealistic notion of alphas wanting to have their told your so moment is such a turn off, the level of pretentious ego mania is just so off-putting, no wonder people check out other codebases and fresher ways of approach.

i’m just a lowly creator in this whole grand plan of moving away from centralised platforms, i get and see the need for them, but the way we go about them, you don’t see MasterCard and visa squabbling like school kids for market share. Let the apps and the utility do the talking, amplify the message around those how they save people time, how they were cost effective.

anyway, whatever, i’m getting in my morning exercise in the foggy morning light that’s breaking through the trees, get some oxygen in my lungs, get myself all refilled and ready for the day. Posting this before that means i can come back to a clean slate and salvage between the nodes something of an existence as a node in the network. 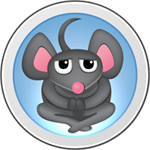