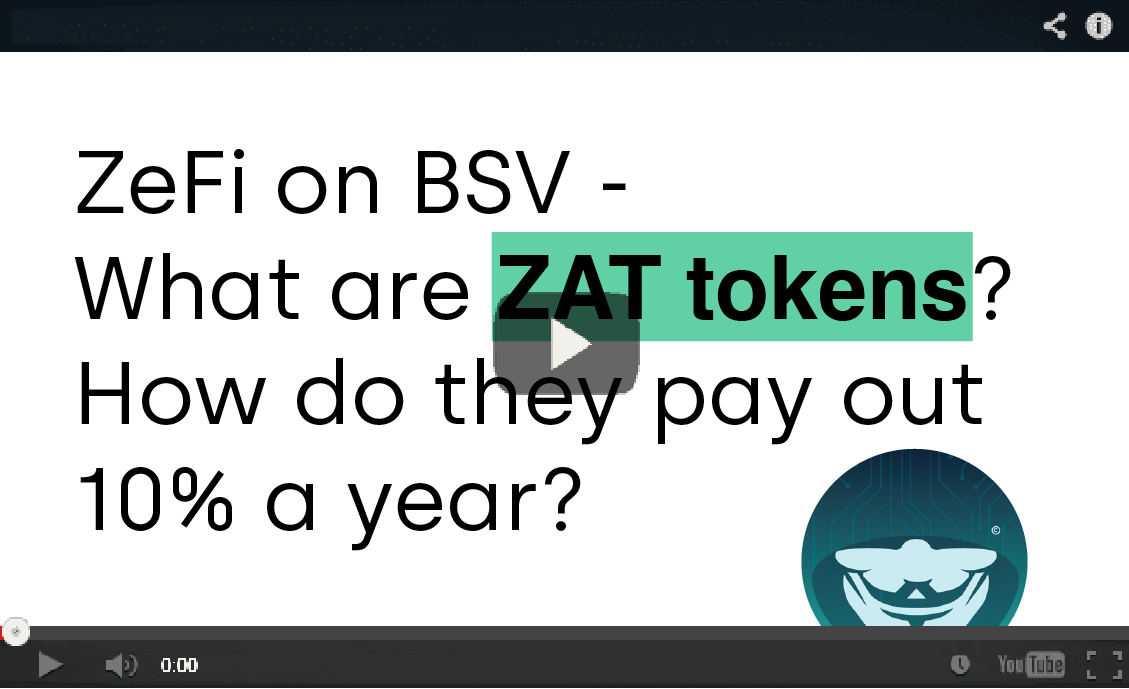 On 21st June 2021, Zatoshi launched his ZAT Tokens on RelayX. This article will highlight some of the key points and statistics related to ZAT, with the video going more into analysis and commentary.

Some questions I try to answer:

The Basics of ZAT Tokens

The 10% discount I think is quite self-explanatory. When you shop at www.zatoshi.xyz/shop, you can checkout and opt to pay using ZAT, which will give you a 10% discount on what you buy.

What people are probably most interested in is the 10% interest here paid out in BSV to ZAT holders. The basic gist is this 10% interest is coming out of Zatoshi’s own pocket. In a tweet he made in February this year, he said that he had given away close to 600 BSV through his twitter account. He has been running daily give aways ranging from daily penny pings to your Handcash wallet or larger give aways to random people entered in a Pickaw seed draw. These give aways range from $33 to $100 in BSV, and there’s been also a 1BSVClub give away where he gives 1 BSV to someone random.

As noted in the Don’t Buy Tokens Podcast, it does not make financial sense for Zatoshi to use the BSV raised in the ZAT sale to invest or cover the expenses of an existing business as it would have been much better to do this on a stablecoin instead of BSV. The price volatility of BSV potentially jumping to $1,000 or higher in the future would make interest payments very expensive. This is why i believe Zatoshi is using ZATs to optimise his existing giveaways, which I detail more in the video.

Ultimately ZAT Tokens are based entirely on having trust in Zatoshi. There’s nothing else that secures the BSV you send to him in exchange for ZAT. Given his identity is pseudonymous there might also be difficulties in pursuing legal action in the future if ZAT tokens were a form of rugpull or ponzi scheme.

What purchasers of ZAT Tokens are banking on would be the reputation of Zatoshi. He is very well-known in the space - having singlehandedly brought several thousand new users to the BSV space via his giveaways and promotion of BSV apps like Handcash and Twetch. He has also sponsored the Coingeek Weekly Livestream show with Kurt Wuckert Jr, was co-creator of the Nakamoto Watch which was featured at Coingeek Zurich recently and has developed an app called Mitto.cash, which lets users send BSV to people’s emails.