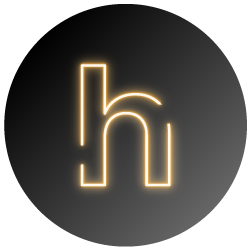 Haste Arcade is a platform that currently has four simple games on it - Haste, Match, Speed Limit and Flash Cards. They are currently still in beta, primarily building their SDK, which is yet to launch. This will let game developers build games on the Haste Arcade using their Instant Leaderboard Payout (ILP) model.

Haste Arcade seemingly appeared out of nowhere on 8th Jan 2021. They were seeking a limited number of users to beta test their app. Within a few hours of starting, they recorded 1,200 onchain transactions. This first game, called Haste, was a simple reaction game that ranked gamers on a leaderboard based on their scores. You had to pay to play the game, from the dust leagues at $0.008, to Macro at $3.80 or the Nakamoto league at 1 BSV. But if you ranked high enough on the leaderboard, you would get real-time payouts from other gamers who didn’t beat your score.

The game is clearly made for scale. Real-time payouts won’t add up to much if there are only 10 people who played after you’ve played. But at scale, ranking #1 on a game leaderboard might earn you a big sum of money.

Imagine going to your local arcade, inserting 25 cents into the gaming console, posting a high score on Pac-Man, and then getting paid 2.5 cents every time subsequent players play the game but fail to beat your score. Now consider holding the top score in a global online arcade where millions of daily players are playing the game but failing to beat your score, and earning 2.5 cents per play.

Even in the still relatively small BSV space, there has already been some competition from the likes of Twetch with their Tappy Taco game and BSV2048. Both look to have copied a similar ILP model that Haste Arcade uses. As Oscar Wilde said, “Imitation is the sincerest form of flattery.”

Some people have commented that Haste Arcade have missed the opportunity to develop a Flappy Bird-like game that could go viral. It is my understanding that the Haste Arcade team are not looking to become game developers. Rather they want to release an SDK kit to attract the very best game developers in the world. They appear to have a compelling incentive model to do this. At the current market cap of ~$5million, there is $12,500 worth of HST each month in rewards available to game developers.

Haste Arcade was also instantly monetised and profitable within the first days of launching thanks to the power of micropayments. This fact alone might be incentive enough to pull game developers into building games on Haste Arcade.

The Future of Gaming

On the Haste Arcade website, their slogan reads, “the future of gaming is now.” Having already showed that there is a viable usecase for micropayments with others in the space following their lead, it remains to be seen whether Haste Arcade can break out of the BSV userbase and into the mainstream.

Currently 43,835 HST are distributed daily to gamers. That is ~$1095 at current HST prices. Effectively Haste Arcade is giving out every month $32,875 worth of HST to their early gamers. So even though you have to pay to play - early gamers might actually be getting paid to play.

Coupled with the incentive to game developers - which we have yet to see play out, the effects of the different incentives at play could possibly make Haste Arcade go viral. Some factors:

If Haste Arcade were to have it’s Cryptokitties mooment, it won’t have the BSV chain limit their growth.

Haste Arcade was also one of the first teams to also add Bitcoin-Backing (BB) to their HST tokens. Dubbed their Haste Loyalty Wallet, 10% of all gameplay fees paid by gamers automatically go into their BB wallet. This pot of bitcoins will then be redeemable by holders of HST. For example if you hold 5% of all HST, then you can use your HST to redeem for 5% of the BB pot. The HST gets burned in the process.

As of today there is currently 22.487 BSV in the BB wallet. This brings intrinsic value to their HST tokens as it gives an actual price floor for HST.

Some notes on the team - Wagner and De Pinto both played professional baseball for the Chicago White Sox. They are also co-founders of Barpay, a point of sale app that is used by busy bars to help customers get their orders iin for drinks without having to queue at the bar.

Haste Arcade is also the first investment made by Output Capital.