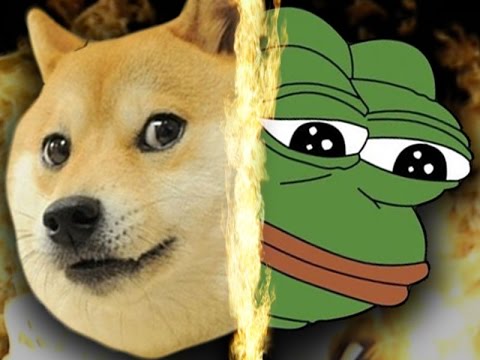 Frogecoin (ticker: FROGE, or KEK on RelayX.com) describes itself as a “fair meme token” that is “using memes to finance the future”. It launched on 15th May 2021. They followed the path of the Shiba Inu by sending 50% of the entire FROGE supply to frog@relayx.io - the relayx handle of Elon Moist (aka Josh Petty).

The creator of Frogecoin looks to be DookieLove @1618, who is a keen BSV enthusiast and supporter. He was part of the In the Box podcast, is the creator of BigBlockBitcoin and now Frogecoin.

Reason for Sending 50% to Elon Moist

When asked why he decided to send 50% to Elon Moist, he said,

My thoughts originally are that Elon could do whatever he wanted to do with the tokens. he could wait for price to go up.. Sell some and pay for the Twetch app to go live. He could start handing out FROGE to help twetchers raise money for Twetch… he could use it to fund projects in BSV.

Hopefully someday he will see value in FROGE and he’ll be willing to come up with some more use cases for it. I feel people in this space would feel more comfortable holding a coin that Elon owns the majority of than a coin that some random anon on the web is selling.

In the case of Shiba Inu, Vitalik Buterin ultimately sold off 90%+ of what he was given, tanking the price of Shiba Inu when he sold - although it still has a market cap of $3.5billion today.

More on the Creator of FROGE

The Frogecoin creator was a Tier 2 sponsor of RUN (5 BSV worth) and bought the ticker $KEK for 4 BSV - which is what FROGE is listed under on the frontpage of RelayX.com. Frogecoin has also shown to be early supporter of newly launched apps on BSV. For example being one of the first to use the microsite builder which was one of the entries in the RUN Hackathon.

Frogecoin also recently launched Frogeswap, which is a token to token swapping service. You can swap between FROGE, SHUA, HST, ZAT, WOOFI and NPC currently. This is a manual service, with trade sizes no larger than $100 right now. Prices are market rates according to the DEX, with a 5% cut that is taken for the service. This fee is removed if swapping into FROGE however.

There is also a FROGE Option which you can purchase on the DEX. The option gives you the right but not the obligation to purchase 10million FROGE for 5 satoshis each (0.00000005 BSV) by 16th July 2021.

There have been several meme tokens launched on BSV recently - FROGE, KittyFi and WooFi being a few. Effectively they are all playing off memes and have no real usecases. It is however a very interesting way to bootstrap and form a digital community that is aligned in meme’ing their token into something that is valuable.

Many of these meme tokens have taken to methods like listing many, many small orders of $0.20 so that the ‘Purchases’ number on Mornin’ Run is high, and their token stays on top.

Frogecoin is being smart by listing their tokens for sale in a layered manner. It gives the impression that price is rising in price. Though unless volume can be increased significantly, no one is really able to exit anything sizeable.