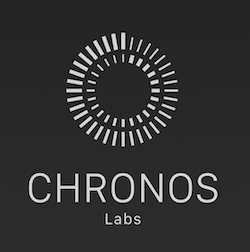 Aaron Russell, better known as Libs, is a prolific developer within the BSV space. Libs has a Bitcoin business called Chronos Labs where he has created several dozen open source dev tools and launched products like Bitpost, Paypresto, TLDR That and Shfty Nfty’s - the latter placing third at the recent RUN Hackathon. Even though he has created a lot, he is not a full-time Bitcoiner and still relies on a business separate from the BSV space to earn his livelihood.

He was a participant on episode 3 of Bitcoin’s Got Talent where he was dubbed a legend by several of the judges. He gave a presentation for the pain points Paypresto solves and his pitch was received extremely well by the four judges. It appears after the show him and Isaac Morehouse have started working together on new projects like TLDR That. It was also notable that Jack Liu said he had considered implementing Paypresto for all RelayX’ products.

On 14th May Libs announced that he was looking for sponsors to keep funding his BSV open source tools like TxForge, Curvy, Shapeshifter, Terminus and Manic. These are tools which other developers have been relying on to build BSV apps. Sponsors receive a pack of collectible NFTs which have the designs and logos of the open source projects created by Libs.

Trading Page Links for the NFTs

Each of the NFTs currently have a supply between 22-25. This is I assume the number of sponsors that have redeemed for their NFT. The NFT image itself says each NFT will be a 1 of 100, so I expect that supply number to increase as more sponsors come in. There’s currently only one NFT listed for sale priced at 1 BSV for each of the NFTs. I have not seen any volume traded yet for these NFTs.

Since announcing the sponsorship almost two months ago, Libs has raised £3,300 ($4,556). He recently set a target of £7,500 ($10,300), which would also trigger the creation of the physical versions of each NFT card. Sponsorship appears to be slow - no doubt affected by the downturn in BSV price, but also perhaps because it seems his sponsorship is targetting developers or app builders who are familiar with his open source tools.

As Libs is specifically fundraising for his open source dev tools, many within the BSV space who are not developers have never heard of the tools created by Libs. While for example the designs are aesthetically pleasing, the logos of TxForge, Nanic or Curvy as per the images below are not familiar at all to most BSVers. So even though beautiful, they probably don’t generate much allure for the average BSVer. I also wonder why the NFTs were not first listed for sale directly on RelayX - similar to how the RUN Hackathon raised sponsorship funds. Almost 130 BSV was raised for that hackathon. Instead by Libs doing the sponsorship in a more opaque way, it was difficult for BSVers to see how much had been raised with sites like Mornin’ Run pulling onchain data.

As a non-coder and potential sponsorer, these were some questions I had, which I asked Libs and he replied:

“It goes without saying, but obviously anything I’ve worked on. So Bitpost, Paypresto, TLDR That, and more. I mention that because every library I release is primarily built for me and fills a gap in the existing toolset.”

“Beyond my own work I know Cryptofights make use of TxForge, as do Elas with their tokens and custom scripts. I’m pretty sure Unbounded make use of my Elixir work. And lots of smaller apps and projects.”

“I have no way of tracking this but to date I would guess at least 2.18 million.”

As coding is a very much in demand skill within the BSV space, Libs probably could’ve raised a lot more money if he had issued some sort of time-backed token, similar to LIU, which had sales of over $10,000 in the first 24hrs.

While reputation of course plays a big role here in how fast things sell, the space is hungry for more developers and Libs could’ve been the first one to offer “developer tokens” as a reward for sponsors. As he has already shown willingness to provide Github support and plans to create physical cards for these NFTs, adding a few developer tokens to the sppnsorship pack seems a good fit. For example each NFT could also be used for a 30min ‘developer consulting’ call for your BSV app idea.

If funding is becoming a need for Libs/Chronos Labs, might we also see the first ICO-like fundraise in the BSV space? Raising money and giving out a revenue share token or some utility token to those who put money in. There is the regulatory risk but as we’ve seen more and more tokens appear on BSV we might have more direct ICOs come out. The recent Metablock NFT was an interesting example, and Attila Aros’ recent tweets also suggest he will do some kind of public fundraise.