BTC plunged in the past hour. It rebounded right up to the $47,000 area before being rejected. It is battling around this area right now. I expect this level, indicated by the gray horizontal line, will delineate the short-term bullish and bearish prospects for BTC as well. Above and the selling is likely done. Below and there could be a longer conslidation period, with a test of the lows possible. 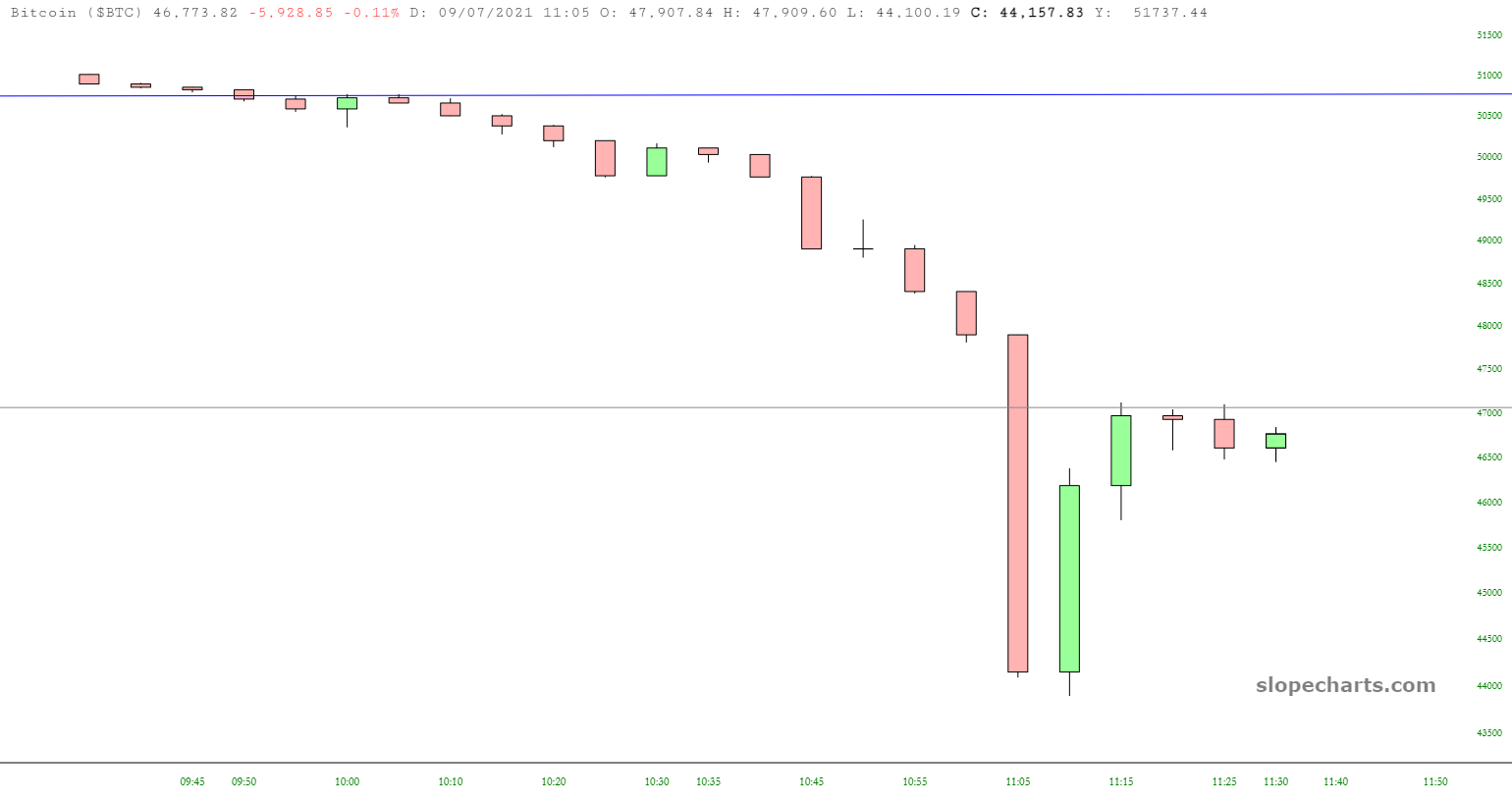 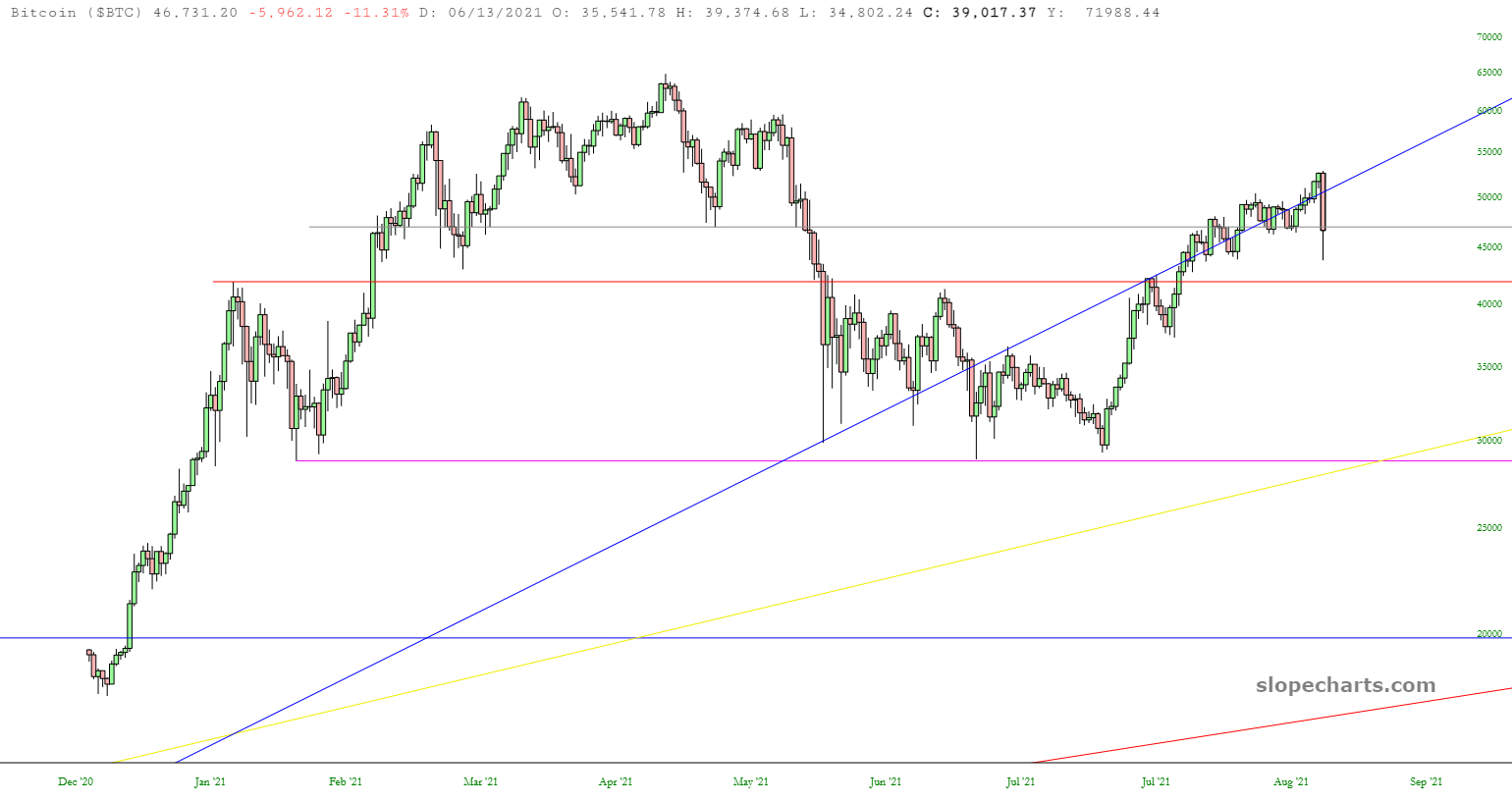 I drew that line many months ago as the small topping pattern was forming between $64,000 and $47,000. The target for a completion of the pattern was $30,000, which it only required 5 trading days to hit. It also happened to bounce right at support from the March 2020 low.

Normally a move through an old trendline invalidates a line, but I like to keep them up because sometimes markets come back for another visit as they did today.

So…why does charting work on BTC and other crypto assets? Charts are maps of crowd psychology. The more emotional a market, the better it works. Professionals tame their emotions as part of the job. Retail traders lack this training.

Think of a market for corn, in which everyone is either a farmer hedging their production or a food producer hedging their costs. Prices could move on weather, but the producers and consumers will adjust based on rational profit and loss decisions. Now add in millions of leveraged speculators who know nothing about corn, but who are getting rich from soaring corn prices and then getting scared when plunging corn triggers margin calls. The former market would be “boring” and somewhat unpredictable as price is domianted more by news than emotion. The latter market would be “exciting” and far easier to chart and trade. In highly emotional markets such as euphoric speculative bubbles or depressing panics, charting becomes even stronger as a trading or risk management tool.

The final piece for crypto is regulation. There is little regulation and much of the existing regulation isn’t strong. The market is global too, allowing participants to move around local regulations. Governments also have no interest in propping up crytocurrency at this stage. If BTC plunges 10 percent in a few minutes, they don’t care. If the S&P 500 Index plunges 10 percent in a few minutes, the Chairman of the Federal Reserve is on the phone with U.S. Treasury Secretary. They might set up a meeting or conference call with the President of the United States and heads of Wall Street banks later in the day.

Lately, it seems as if declines of a few percentage points are enough to change Federal Reserve policy. This makes charting stock markets more difficult because any sign of negative emotion is stamped out. Individual stocks can tumble, but not the major indexes.