Many investors are caught up in the euphoria of the stock market. Meme stocks, options buying by retail investors, cryptocurrency and now the NFT craze are all signs of a speculative peak in activity. How long it lasts is anyone’s guess, but it has all the hallmarks of a bubble. I think this one will go down in history alongside tulips. 1929 and the South Sea Bubble, but even a less historic bust will bring mass bankruptcies of companies and investors, with more than a few people going to prison or being banned from the financial industry.

The obvious trade is to wait for the turn in the market and become an aggressive short-seller, but most investors are bad traders. For most people, going to cash is the best choice. There are also uncorrelated assets and some that move counter-cyclical with stocks. Among these are natural gas and by extension, fertilizer and agricultural commodities.

Here is a chart of Southwest Energy (SWN). It bottomed in 1999 and rallied through the bear market of the early 2000s. 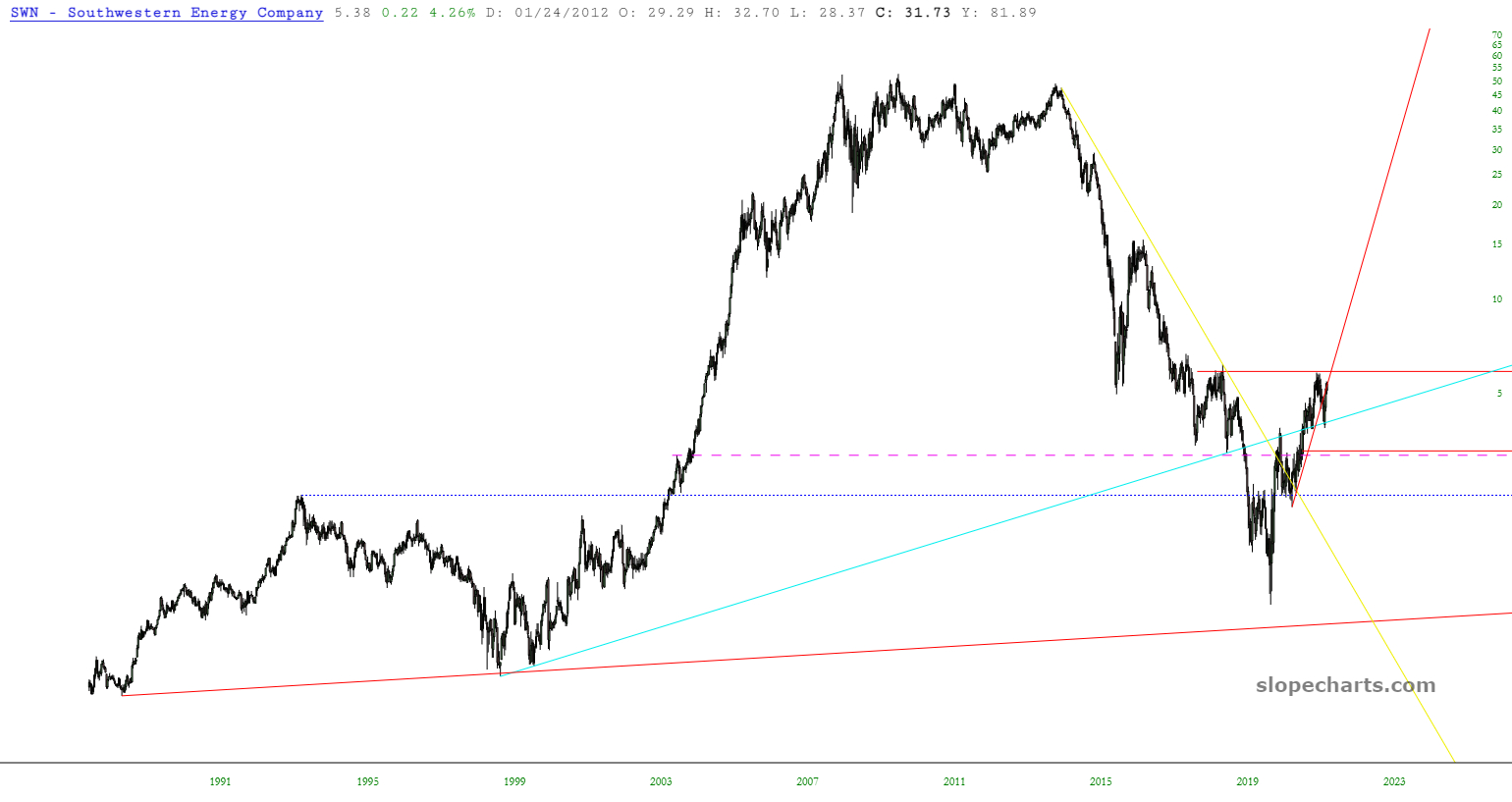 Natural gas is a local commodity mainly transported by pipelines. Unlike oil, which has a global price, natural gas can vary greatly between regions. The U.S. has relatively cheap gas compared to Europe and East Asia. It also is a highly volatile in price. Although less correlated, the relationship between natural gas and oil is a bit like silver to gold.

Natural gas is an input for creating some types of fertilizer. When both energy and food prices are rising, [when the climate cools](https://www.livescience.com/61716-sun-cooling-global-warming.html, demand for natural gas pops.

Even though I expect a bear market is coming, I am not bearish on these sectors. They could sell off in the panic waves of a bear market, but history says they will hold up well as long as the fundamentals remain positive.

Do your own research. Here are some symbols to help get started.