Homes are a great example because they behave both ways. Most of the time, people buy a home they can afford. They might stretch for a bigger home or a better property, but usually they will buy within their means. During housing bubbles, people chase rising prices. Speculative money moves into hot markets. Stories of people skirting credit checks and lending rules, often with the help of banks and brokers, are common. A rundown home that nobody would pay $200,000 for in normal times, that hasn’t had a transaction in 20 years, suddenly becomes a hot property at $300,000 (up 50%!) on its way to $500,000 and then $750,000 and then back down to $250,000 when the bubble bursts. After trading a dozen times during the bubble, the house could sit for another 20 years. Two distinct markets in the same asset. 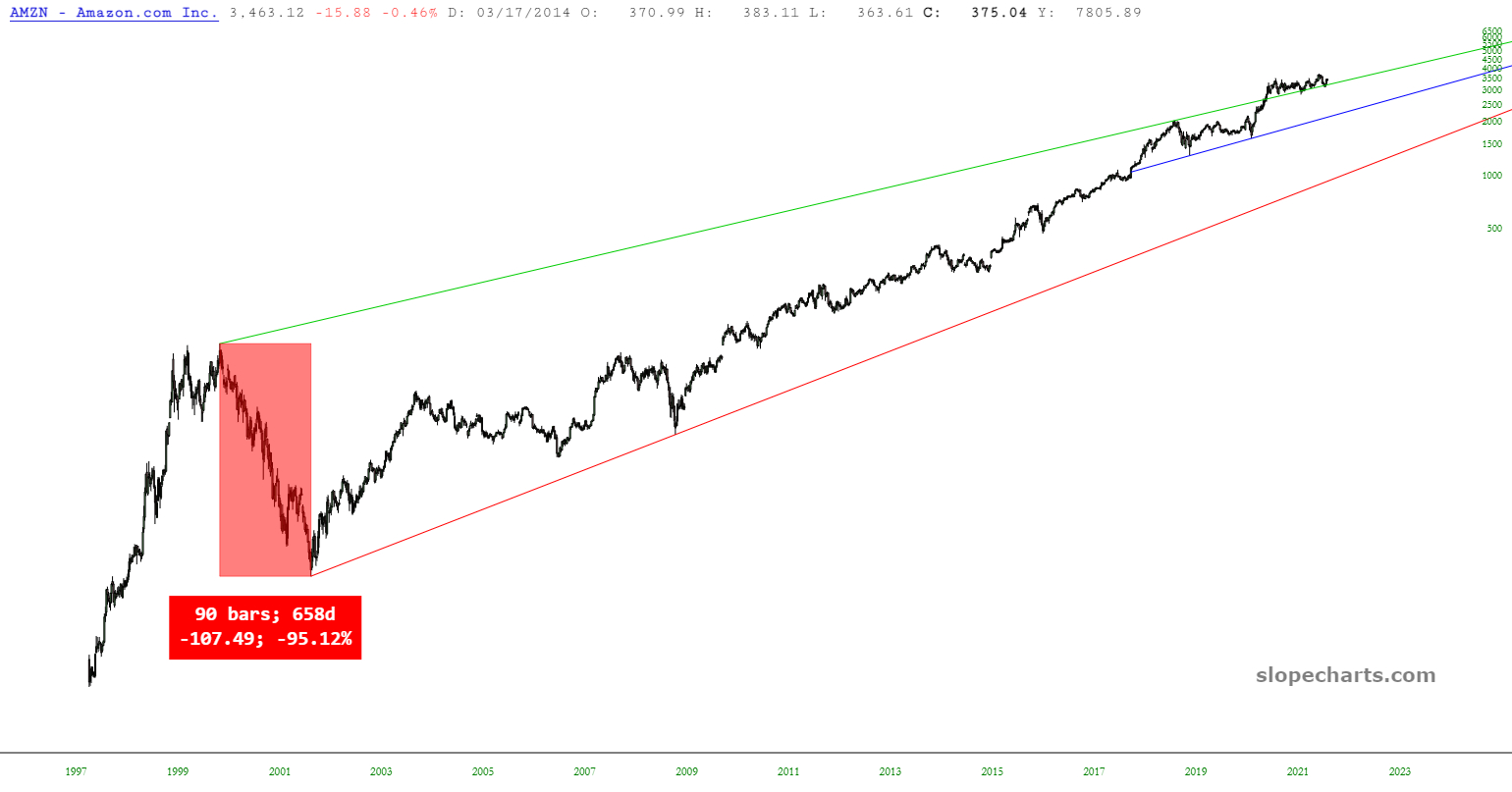 An important thing to understand about the reversal of a bubble is the math, which begets the emotion. How many 10 percent drops are in a 95 percent decline? About 28. 50% drops? About 4. 33% drops? About 7. That’s assuming a straight line decline. In reality, there are big rallies that suck people back in. Investors suffer losses that end up being much larger than a straight line decline. An investors might be right that Amazon was cheap at $20 per share during its bear market, but he would have lost 70% of his investment as it fell to a low of $6. Continued, endless losing drives bulls to give up and quit the market.

Following a speculative market means following an emotional herd with extremely high time preference. When it comes to cryptocurrency, I worry about survival. My expectation is a major exchange will go bust and everyone on the platform will see their account go to zero. Government regulators will crush the sector. People will think everyone in crypto is a criminal or an idiot. Kind of like when it was starting out. It’ll be a great time to buy, but I’ll probably be swayed by the extreme emotion at that time. I’ll come back and read this post.