Nick Timiraos of The Wall Street Journal is called the “Fed whisperer” because when the Fed wants to leak information, they give him a call.

The Fed will react to market events, but for now I assume the taper will begin in November. This is earlier than I anticipated; I thought they’d wait until January.

There have been three prior rounds of quantitative easing. Every single one of those ended with interest rates going down. If long-term rates do not decline during the taper, that is a significant difference. 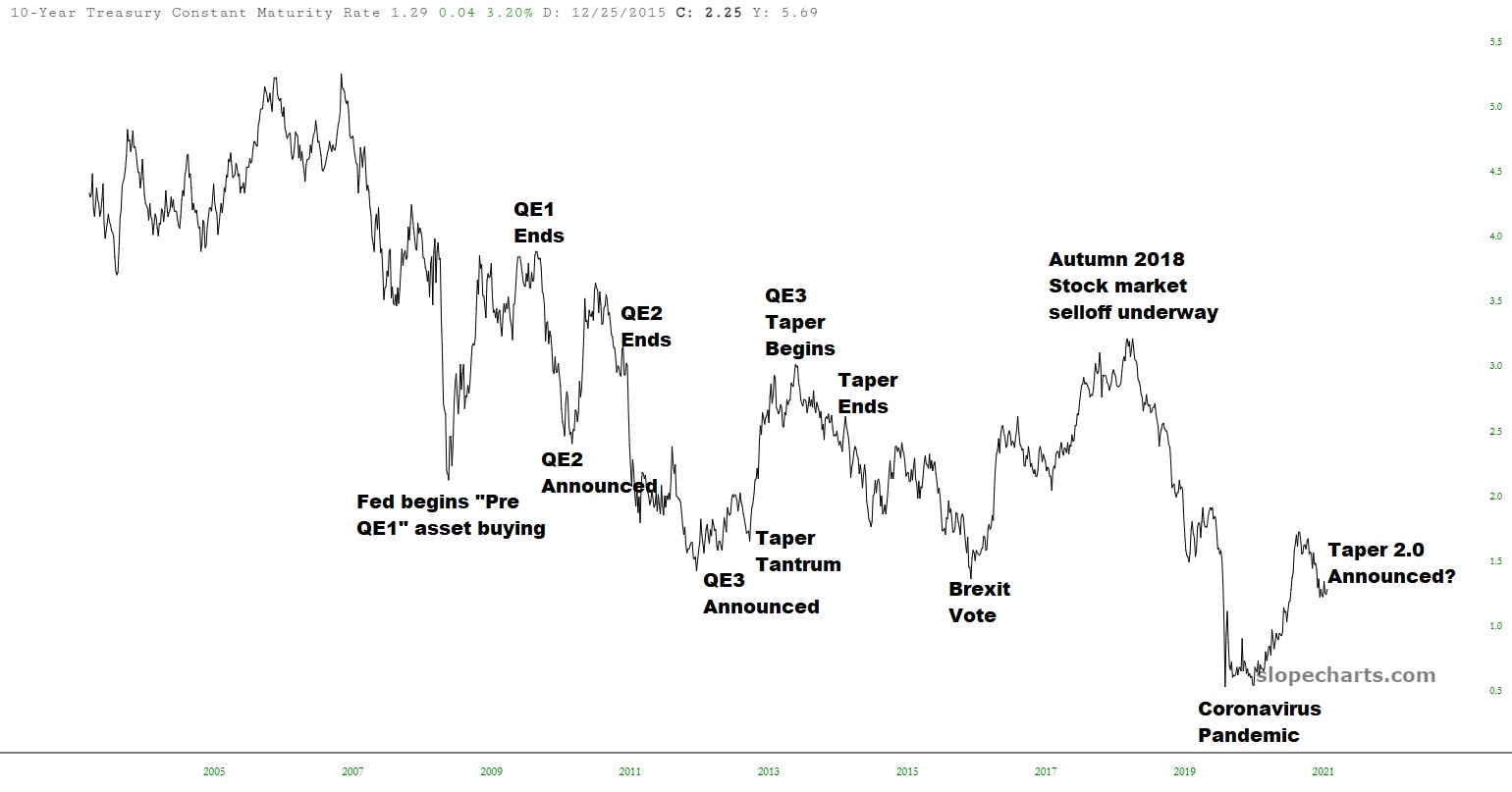 The last time the Fed tapered, the S&P 500 Index was far from its 2000 peak. Stocks also barely gained ground in the two years between the end of the taper and the election of Donald Trump in November 2016. This time, stocks are wildly overvalued on fundamental measures and stretched on technical measures. At the end of QE1 and QE2, stocks sold off within a couple of months. The pieces are in places for an almost imminent correction. I expect that the sooner it happens, the smaller the correction.

Prior ends of quantitative easing also sent commodities and foreign markets (including China and the Chinese yuan) into tailspins. A big test for the inflation-deflation debate will be how these assets react this time. Rising interest rates and/or rising commodity prices signal something major has changed in the macroeconomic environment. Falling interest rates and falling commodity prices will signal the post-2008 “turnign Japanese” trap is still in effect, that “escape velocity” into an inflationary or stagflationary future hasn’t been achieved yet.

As for stocks in general and more so technology stocks, the best case is slow growth and low inflation. Tech stocks did great under the “QE-reality bites-QE again” pattern. Whether they understand it or not, that’s the pattern most bullish investors hope for if they think “the Fed has their back.” The moment the script flips to inflation, the Fed will be putting knives in backs of bulls for years to come.