A good test for whether America is still a somewhat free country is which technology companies lead the market in 20 years. Several of the high-flying stocks of 2000 collapsed. Many top companies in 2020 weren’t even public in 2000, including Google and Facebook. Amazon was a small company in 2000 even before it fell 95 percent.

Paul Weinstein, an analyst with Credit Suisse First Boston, believes a $1 trillion market capitalization (stock price multiplied by shares outstanding) is within reach in a few years. He said Cisco’s stock has increased 1,000 times, a perfect 100 percent annual return since it launched its IPO in 1990.

“We humbly submit that over the next two to three years, Cisco could be the first trillion dollar market cap company–and don’t think they wouldn’t love it,” Mr. Weinstein wrote in his “strong buy” recommendation.

Apple became the first trillion-dollar company (by market capitalization) in 2018.

Here are some of the top stocks in 2000 as measured by their price-to-earnings ratio.
Big-Cap Tech Stocks Are a Sucker Bet 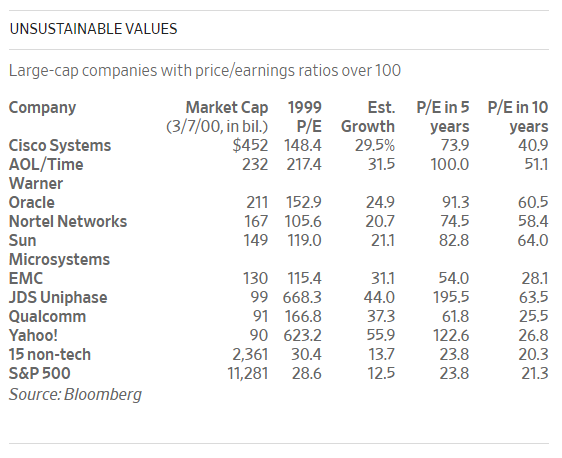 A few tech companies such as Microsoft survived and thrived, but most companies saw their stock prices collapse, never to recover. They would never come close to their 2000 highs. Cisco, the company that needed to gain a bit more than 100 percent to become the first trillion-dollar company in 2000, would lose 90 percent of its value. Here it is today. The red horizontal at the top is attached to the 2000 peak. An investor who bought at the top is still underwater. 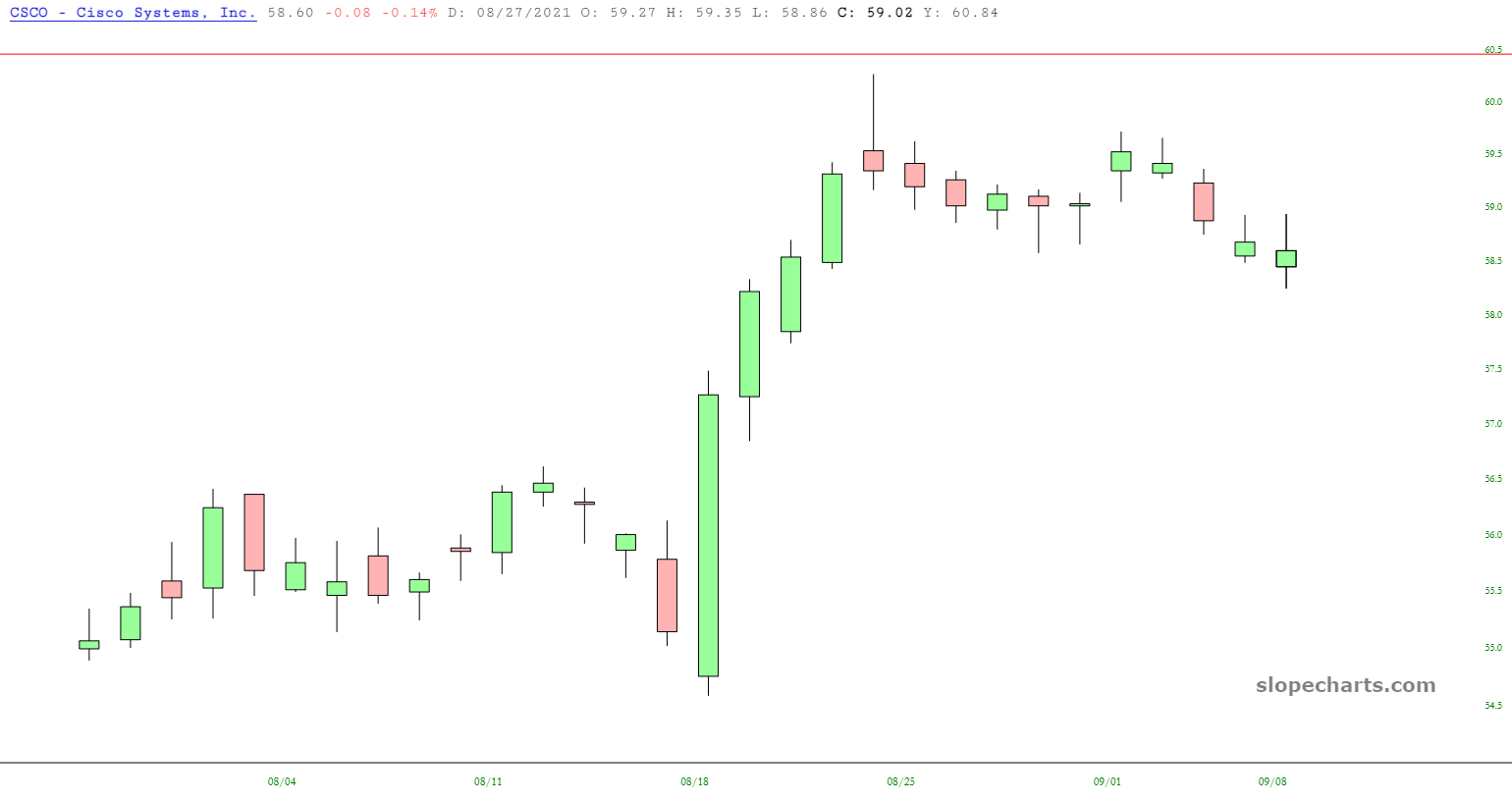